The Best Food Festivals Around Australia 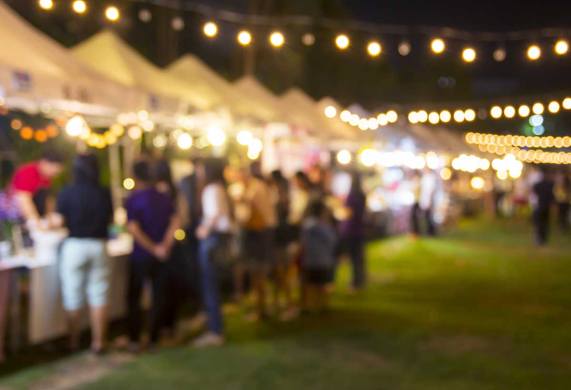 If you really planned it well, it’s possible to visit a different food festival every month of the year in Australia. Ranging from huge and glitzy with an import of international cooking talent, to niche and focused, zeroing in on hero local produce, make sure you schedule these into your gourmet calendar next year.

This international food festival has now spread from London to Sydney, Melbourne and Perth. Taste directly promotes the best restaurants in each city – which serve up tasting sizes of their signature dishes. Work your way around the festival, tasting as much as you can from all the best names in town.

Three hundred varieties of garlic and over 60 food stalls are on show at the Meeniyan Garlic Festival. Aside from paella, garlic ice-cream, pasta and garlic beer, there’s a big educational side to this festival, with forums and masterclasses on how to grow and prepare this pungent produce. 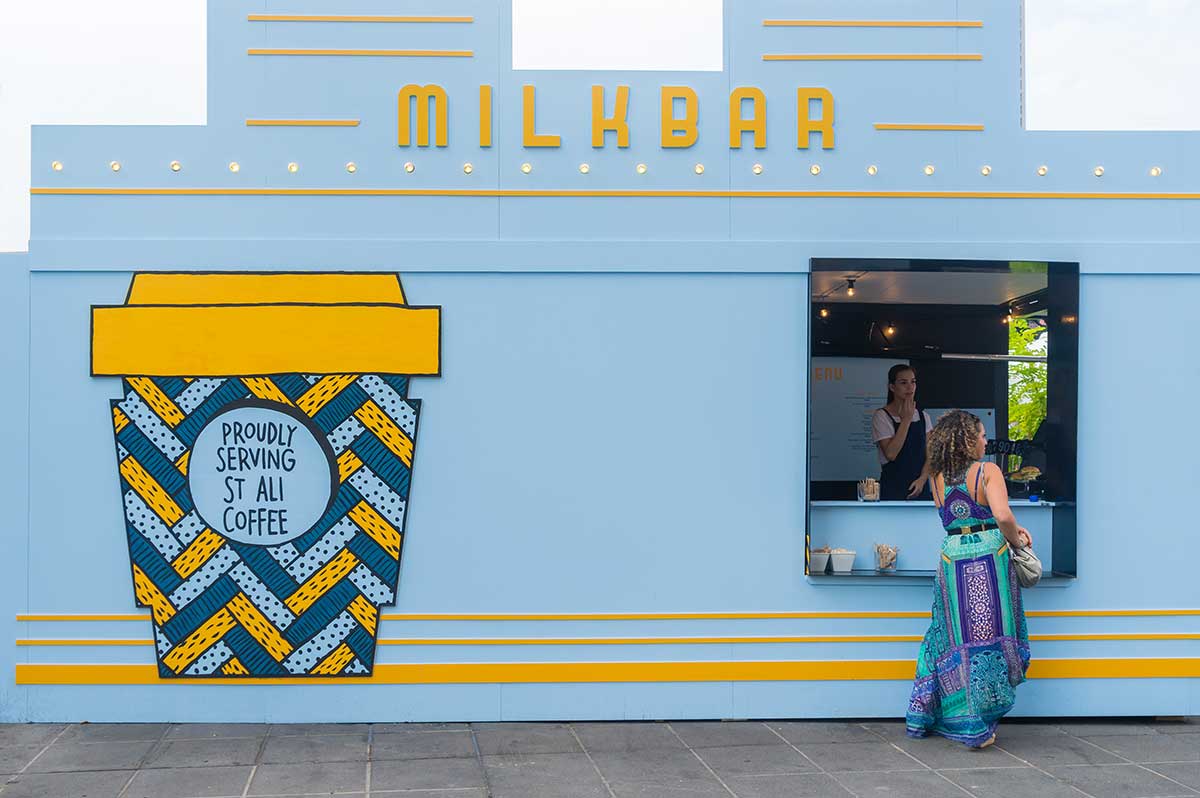 Melbourne Food and Wine Festival has been running for over 25 years now, so it’s fair to say they’ve nailed their star-studded, jam-packed program of events. The month of March is full of long lunches (the world’s longest, actually), dinners, art, music and more. The festival centres around The House of Food and Wine, a dynamic events space in the CBD which transforms to suit a different event each night of the week.

Cool-climate wines and exceptional local produce combine at Australia’s longest-running food festival, set just three and a half hours drive from Sydney in the Orange wine region. Explore night markets, a 100-mile dinner under the stars, a moving feast and wine-tasting experience through the vineyards and plenty more.

The white sands of Noosa Main Beach are strewn with lights and beach bars, while Hastings Street comes alive with a long lunch during the Noosa International Food and Wine Festival. Held over a weekend in May, it’s a chance to taste the menus of the best restaurants and the best produce in the region. Sign up for brewery trails, opening and closing parties and food-focused experiences in the nearby lush hinterland.

South Australia comes alive during the eight days of Tasting Australia, with food and wine events taking place across the state. Explore the cellar doors, restaurants and producers of the Barossa, the Adelaide Hills, the Fleurieu Peninsula, Kangaroo Island and more. The heart of the production lies in a hub in Adelaide itself with pop-up restaurants, dance parties and masterclasses.

Truffles are the black gold that make winter that little bit more bearable, and there are two truffle festivals worth making time for in Australia. Hunting, cooking and of course eating truffles is all part of the game at The Canberra Truffle Festival, which hosts over 250 truffle-infused events between June and August in the region. Over in WA, Manjimup plays host to truffle dinners, hunts, forums and tastings over one massive weekend in June. 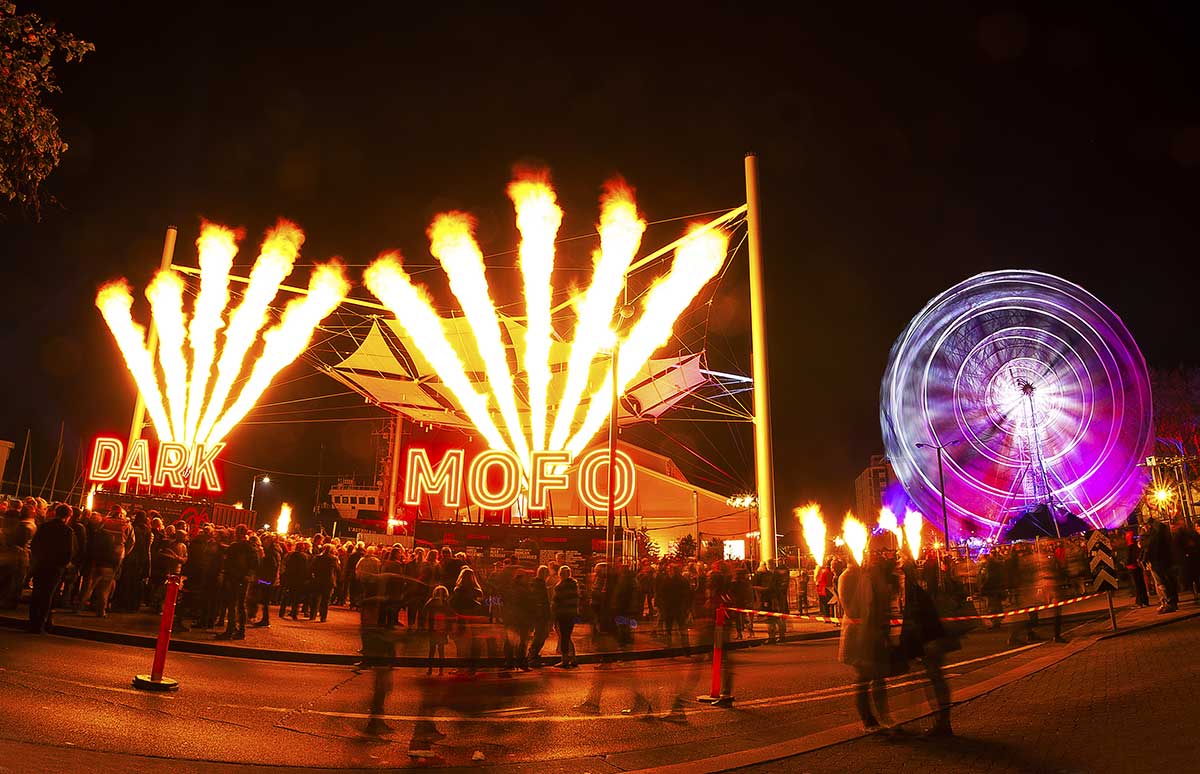 Tassie shows off its dark, broody side during Dark Mofo, Hobart’s pagan-esque annual winter festival presented by David Walsh’s MONA. Sign up for hot toddies and death metal or a candle-lit winter feast served up by the best restaurants and producers in Tassie and the mainland, who mostly cook their dishes over coals and flickering flame.

Italophiles, roll on up. This celebration of all things Italy spans Melbourne (June) and Sydney (August), hosting winemakers, producers, cocktail bars and restaurant exhibitors in one brilliant space in each city. Join in on wine tastings and masterclasses or join the Negroni throng at the festival bars, take in hands-on cooking demos or sit down at a pop-up restaurant, there’s something for every kind of festival-goer here.

Fairfax’s Good Food Month began in Sydney (October), but has now spread to Melbourne (May) and Brisbane (August). The hero of the month is the Night Noodle Markets, which bring the sights, smells and flavours of an Asian hawker-style market to open-air venues such as Hyde Park in Sydney and Birrarung Marr in Melbourne. The month is packed with lunch deals at the city’s best restaurants, as well as talks, parties and appearances from guest chefs from all over the world such as Marco Pierre White and Momofuku’s David Chang.

Every November, the cream of the world’s cooking talent descends on WA’s Margaret River region for dazzling parties, amazing wine and of course, exceptional food. Previous guests such as Nigella Lawson, Rick Stein, Heston Blumenthal and Joan Roca draw a huge number of visitors to the region, and event highlights include a beach barbecue on the sand at sunset and a collection of the region’s finest producers at the Gourmet Village.

You won’t find more natural, minimal-intervention or skin-contact wine than at Rootstock Sydney. Swirl and swill your way around the tasting hall at Carriageworks and stay for the nightly parties when things get more than a little loose. The food side is always interesting and full-flavoured: one year a whole cow was cooked over coals for 24 hours before being carved up into rolls.