Sprawling Sydney is home to many diverse suburban pockets where specific cultural communities thrive. Food plays a big part in these hubs – a stroll through the grocers, butchers, bakeries and family run restaurants in each area reflect the residents that live nearby, and evokes the sights, smells and sounds of Korea, Vietnam, Turkey, Greece, China, Italy and more. Here’s where to go to find traditional food from a variety of cultures.

Cabramatta in south-western Sydney acts as a centre for Sydney’s Vietnamese population, many of which relocated here in the 1980s. John Street – the main thoroughfare – is lined with bakeries selling banh mi (hot white rolls stuffed with roast pork and pickles), colourful grocers stocked with durian, green banana branches and coconut sweets and fluorescent red butchers strung with burnished ducks and whole pork bellies. It’s easy to spend a day here hopping from a bowl of pho to a smooth avocado smoothie, pandan waffle or bunch of fresh, interesting groceries, ready to prepare a feast at home.

If it’s Italian cheese, meats or sweets you’re after, consider Haberfield and Five Dock ground zero. Saturdays are abuzz with energy in the area’s Italian grocers, delis and restaurants. Huge parmesan wheels line the windows of delis, a gelato cabinet is almost ubiquitous in every restaurant and bowls of pasta race out of kitchen doors to land on tables piping hot. Don’t missPaesanella, where you can buy ricotta so fresh it’s still warm.

Harris Park in Sydney’s west is home to hotspot for New South Wales’s Indian population. Tandoors glow inside the bustling restaurant kitchens that line the suburb’s main thoroughfare, Wigram Street, and most represent a different regional cuisine. Trays of syrupy gulab jamun sit next to sweet coconut desserts and fluorescent swirls of fried jalebi in most restaurants. Order one to accompany a cup of hot fragrant chai.

Tucked in Sydney’s inner west between the chug of Parramatta Road on the one side and Old Canterbury Road on the other, Ashfield has plenty of diverse flavours to offer, thanks to the many cultures that live alongside each other. A steamer of broth-filled xiao long bao dumplings at the originalNew Shanghai is a great place to start, and while you’re there, grab a bag of frozen ones to stash in your freezer at home. For a different style of dumpling, head for thePolish Club, famous for its cheese-stuffed pierogi.

Peer through the windows around Auburn in Sydney’s west and you’ll spy piles of rose-coloured Turkish delight, fragrant kebab shops, grocers and cafes selling baklava and thick Turkish coffee, courtesy of the area’s Turkish, Asian and Middle Eastern communities. The grocers here are particularly interesting. Big bunches of Chinese greens, fruits and herbs line some stores, while big bags of rice and spices line others. Don’t missReal Turkish Delight for the real deal, made on-site. 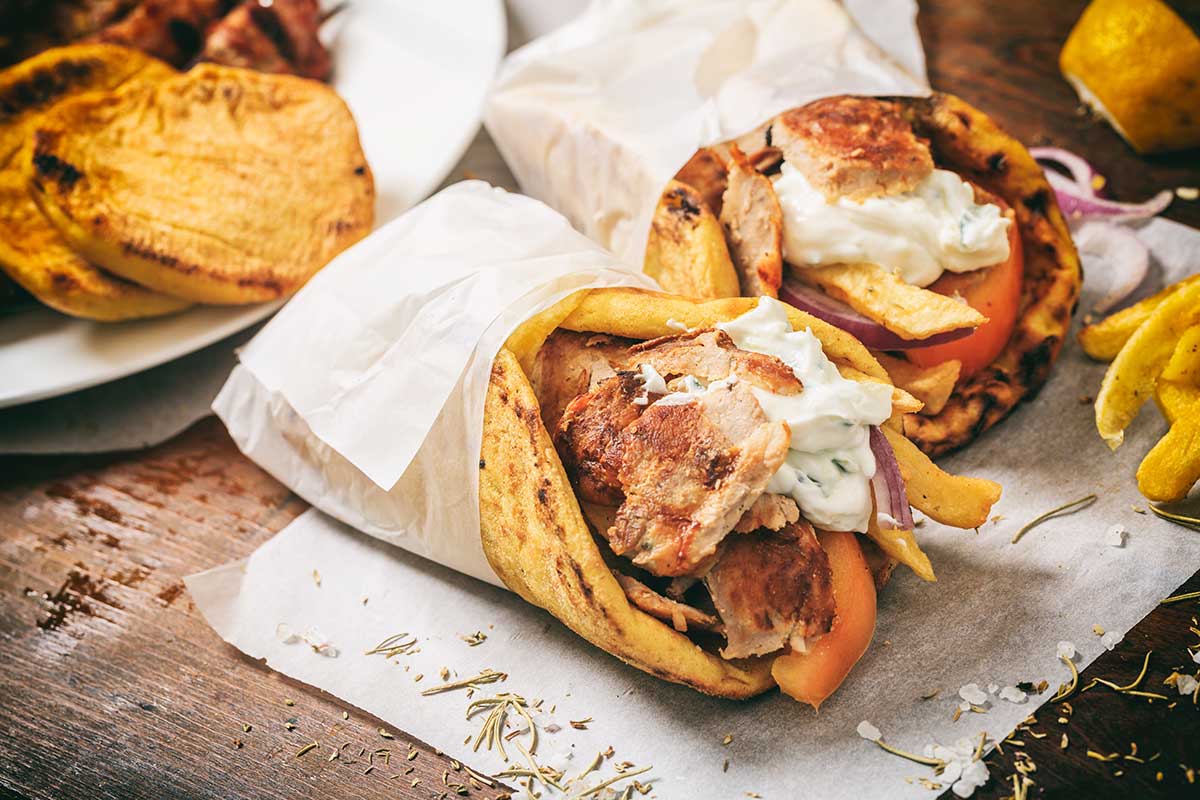 There are a few areas in Sydney to find great Greek food and groceries, such as Marrickville and Rockdale, but Earlwood is one of the densest. Earlwood Wines is a huge grocer on Homer Street (naturally) which not only imports a range of wine from the homeland, but a vast array of olives, Santorini honey fragrant with thyme, dried Greek oregano and tubs of taramasalata or tzatziki which are made on site. Greek sweets are in abundance in Earlwood, and different shops line the streets. Look for sugar-dusted almond biscuits, tahini pie and galaktoboureko – a flaky pie made with filo pastry, semolina custard and doused in sweet syrup.

Bubbling hot pots, sizzling hot plates and super cold beer – Korean food is the ultimate group-dining cuisine, and there are plenty of Korean restaurants to try it in Strathfield, which lies in Sydney’s inner west just beyond Burwood. Korean fried chicken is one of the most flavoursome global interpretations of crisp deep-fried poultry, and there are a few different ways to order it – try it sticky with sweet soy sauce, or hot with red pepper. Those hungry for bibimbap – one of Korea’s most popular dishes of rice topped with sliced vegetables, meat and a raw egg – should request a dolsot stone bowl which gently toasts and crisps the rice as it heats up, resulting in unbelievable crunch.